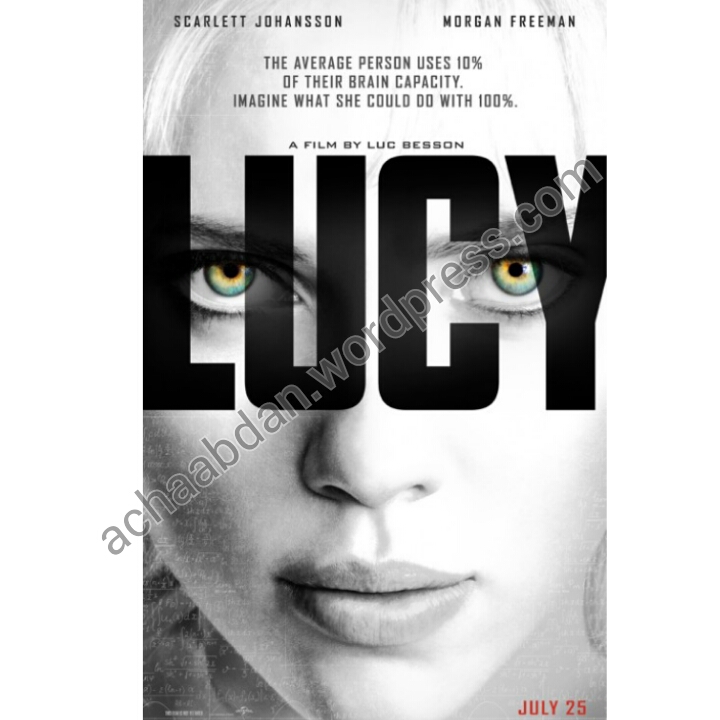 Luc Besson and his wife, Virginie Silla did so well with the directing, writing and producing of the science fiction and action incorporated movie “Lucy“. Not ignoring the perfection in roles by Scarlett Johansson, Morgan Freeman, Amr Waked and Choi Min-sik. The youth of these days need entertaining movies like Lucy since it makes scientific knowledge fun through the actions fused into the movie caused by Lucy’s psychokinetic ability. Many have praised the movie just as many have also condemned the plot of the movie most especially because of the assertion that humans are currently making use of only 10% of their cerebro-spinal capacity. Children imbibe stuff faster when it is entertaining and Lucy is more than entertaining. This simply means the movie has a great influence on the youth in general and might cause them to live in the world of science created by the movie. Due to this, many questions can be asked with regards to the information diffused into the child’s environment. The mention of Science makes the situation worse. 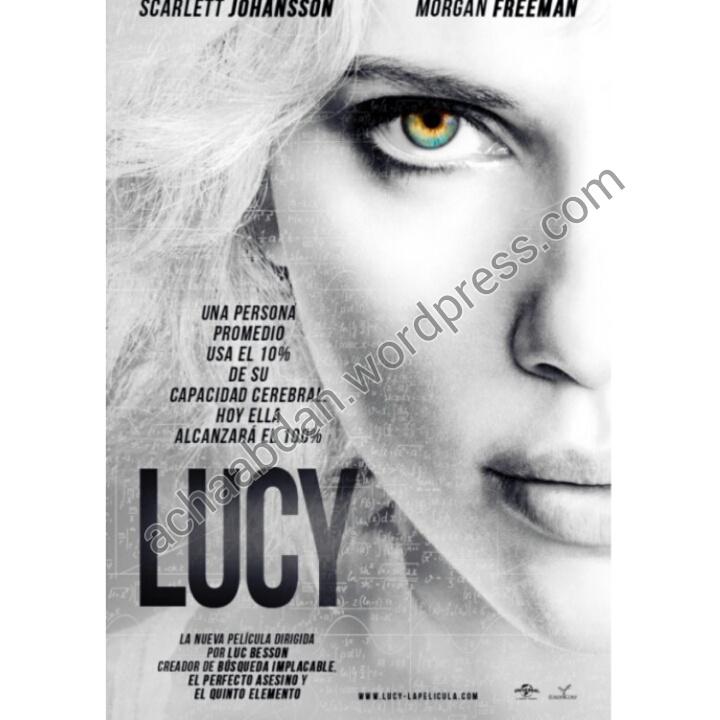 Below are some conversational excerpts and statements from the movie:

Professor Samuel Norman stated “If life starts approximately a billion years ago, we will have to wait 400,000 years to see the aberration of the first nerve cells. This is where life as we know it begins. Brain’s information of only a few milligrams is not possible to determine any sign of intelligence. Yet it acts more as a reflex. One neuron, you are alive. Two neurons, you are moving and with movements, interesting things begin to happen. Animal life on earth goes back millions of years. Yet most species only use 3 to 5 per cent of its cerebro capacity. But it isn’t until we reached human beings at the top of the animal chain, that we finally see a species use more of its cerebro capacity. 10 per cent may not seem like much, but its a lot if we look at all we’ve done with it. Now lets discuss a special case. The only living being that uses its brain better than us [humans], the dolphin. It is estimated, that this incredible animal uses up to 20 per cent of its cerebro capacity and particular this allows it to have an ecolocation system that is more efficient than any sonar invented by mankind. But the dolphin did not invent the sonar, it developed it naturally. And this is the crucial part of our philosophical reflection we have today. Can we therefore conclude that humans are concerned more with having than being.”

Professor Samuel Norman further stated “For as primitive beings like us, life seems to have only one single purpose. Gaming time. And it is going through time, seems to be also the only real purpose of each of the cells in our bodies. To achieve that aim, the mass of the cells that make up earthworms and human beings has only two solutions. Be immortal or to reproduce. If its habitat is not sufficiently favorable or nurturing, the cell will choose immortality. In order words, self sufficiency and self management. On the other hand, if the habitat is favorable, they will choose to reproduce. That way, when they die, they hand down the central information and knowledge to the next cell which hands it down to the next cell and so on. Thus, knowledge and learning are handed down through time.”

He added “Lets imagine for a few moments what our life would be like if we could access lets say 20 per cent of our brain’s capacity. This first stage would give us access to and control, of our own body. [Boy asks; Sir, has it been proven scientifically?] For the moment its just hypothesis. I confess. But if you think about it, its troubling to realise that the Greeks, Egyptians and the Indians had notion of cells, centuries before the invention of the microscope. And what to say about Darwin whom everybody took for a fool when he put forth his Theory of Evolution. Its up to us to push the rules and laws and go from evolution to revolution. One hundred billion neurons per human, of which only 15 per cent are activated. There are more connections in the human body than there are stars in the galaxy. We posses a gigantic network of information to which we have almost no access. [Lady asks; Sir, And what will be the next stage?] Well, the next stage would probably be control of other people. But for that, we would need to access at least 40 per cent of our brain’s capacity. After control of ourselves and others, it comes control of matter. But now we’re entering into the realm of science fiction and we don’t know anymore than the dog who watches the moon. [Guy asks; Excuse me Sir, But what would happen if for some reason we ignore somebody unlock 100 per cent of the cerebro capacity?] 100 per cent? I have no idea.”

Conversation Between Professor Norman and Lucy

Lucy (Scarlett Johansson): Humans consider themselves unique so they brooded their whole theory of existence on their uniqueness. One is their unit of measure. But its not all social systems which put into place our mere sketch, 1 plus 1 equals two. That’s all we’ve learned. But one plus one has never equal two. There are in fact no numbers and no letters. We’ve codified our existence to bring it down to human size and make it comprehensible. We’ve created a scale so that we can forget its unfathomable scale.

Professor Samuel Norman (Morgan Freeman): But if humans are not the unit of measure and the world isn’t governed by mathematical laws, what governs all that?

Lucy (Scarlett Johansson): Film a car speeding down the road. Speed up the image infinitely and the car disappears. So what prove do we have of its existence? Time gives legitimacy to its existence. Time is the only true unit of measure. It gives prove to the existence of matter. Without time, we don’t exist.

After analysing the motion picture, these questions erupted.

Is the movie creating awareness on a new scientific theory in relation to motion and time?

Is the movie telling scientists to sit, wait, observe and record information since the movie informs that time is the only answer to everything?

Is the name “Lucy” actually the name of the first woman according to science or its just an imaginative incorporated into the movie to depict creativity?.

Can the acquisition and injection of CPH4 into the human blood stream actually cause a maximum usage of the human’s brain capacity as the movie depicts?

Is science percieving the human as a gradual transformation into a supernatural being according to the movie?

Is there some reality in the speech delivered by Professor Samuel Norman in the movie? If yes, can they be separated from the fictitious elements?

These questions are been asked because they can encapsulate the philosophy of the child and might create problems of falsified ideologies if and only if the information obtained from the movie are beyond the truth.