You might have come across a Christian saying this, “Christianity is a way of life and never a religion.” You might have come across people passing comments like “Christianity is not a Religion, we leave that to the Catholics.” Or better still, yourself might see Christianity as a totally different ideology or practice that is in no way similar to other religions. Before there is any insight into whether the assertion that Christianity is a religion is true or not, we have to be able to define what religion is and further know the practices of christianity as well as compare and contrast those practices with other religions.

What is your definition of religion?
I asked my friend this question and his reply was “religion is a system of faith based on a group of people’s beliefs.” “The belief in and worship of a supernatural controlling power, especially a personal God or gods.” was the definition given by my Oxford dictionary. Wikipedia‘s view was that ” A religion is an organized collection of beliefs, cultural systems, and world views that relate humanity to an order of existence.” It went on to say “Many religions have narratives, symbols, and sacred histories that aim to explain the meaning of life and/or to explain the origin of life or the Universe.” Your definition of religion is definitely going to have at least one of these terms unless you believe religion has nothing to do with the terms to be mentioned. Belief, God/deity/gods, worship, system and submission are the terms. There are numerous religions across the world. Hinduism, Shintoism, Islam, Buddhism, Judaism, Taoism, Wicca, Sikhism and the various traditional forms of worship and spiritualism among clans all over the world can all be grouped under the umbrella of religion. Christianity should have been part but since it is now an issue of debate, let us temporarily leave it at a solitary space.

Christianity was considered religion and then people realised negativity happening within it and other religions. Bad things like Religious Extremism caused people to question the integrity and role of religion. Catholic priests engaging in sodomy, Supposed pastors engaging in other sexual activities considered wrong by their own dogmas, suicide bombings, 9/11 and the various crusades and religious wars were some incidents that prompted the question on religion. In the quest to find a way out of the negative effects of religion, people no longer saw christianity as a religion. I believe Christianity is a religion because it shares key characteristics with the others.

Spirituality
Spirituality has a strong assertion that there is something beyond the physical. The spirit and soul are key to spirituality. Spirituality believes things happening outside the physical sphere can influence the physical. In fact, some spiritualists believe that whatever happened on earth, happened in the spiritual realm earlier before it was manifested on earth and that is why people normally pray. Christians normally pray to prevent things from happening. Some christians are periodically lucky to have a supposed Prophet who can see beyond the future and in fact inform them about negative events that are supposed to occur later. The prophet then gives his advice to the victim on what to do in order to prevent the manifestation of bad events. The spirituality trait is not only common to christianity, it is not alien to other religions. All religions believe that the human is not just a physical being but rather a being with three parts, the body, soul and spirit. With respect to the believe in a spiritual realm and a force that is beyond the physical, we can say Christianity is a religion because it is no different from other bodies. 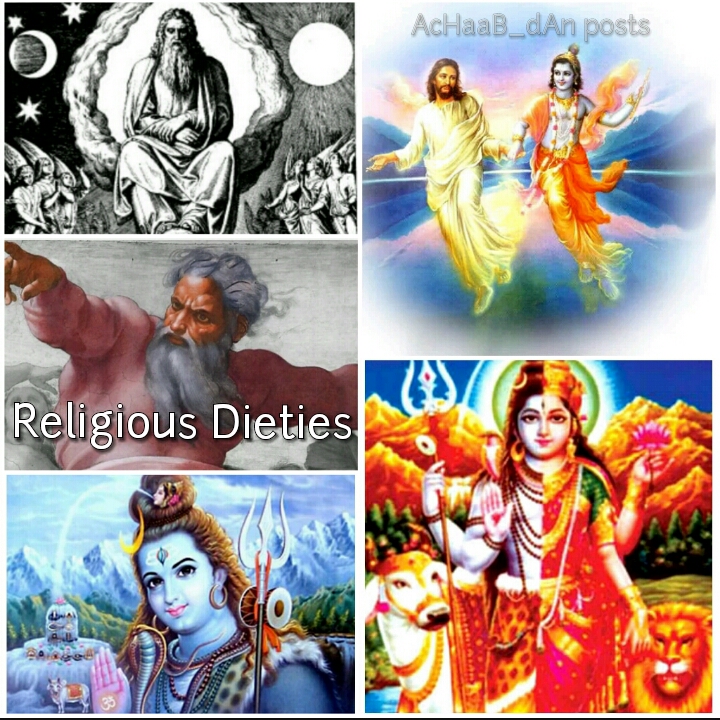 Deity
A deity is a divine being worshipped by religious bodies. Allah is the deity of Islam, Asaase Yaa is the goddess of Akans who pour libation in her name, Greek mythology standing as a factor of polytheism has Aphrodite, Apollo, Ares, Hephaestus, Poseidon, Zeus and many more. All religions have a God, god or goddess they look up to in times of trials and tribulations. They have a strong respect for this deity and might even kill if this deity is insulted by others. The world has seen instances were people were killed because they refused to bow down before a supposed deity. Christianity can only be said not to be a religion only and only if it is out when the deity issue is mentioned.

Faith
Religion is inextricably linked with faith. Faith is without facts and experiments and that is what has made Science and Religion diverse in answering the innumerable problems of the world. Faith is simply believing without seeing. Faith takes a step without seeing a protective stair. Faith is not contingent upon reason or justification. Rationalism has faith as an enemy. The creation of the universe according to numerous religions does not make sense when logic is factored in. All religious people believe in a deity they have never seen before with their naked eyes. That is faith. Muslims have faith in Allah and believe He has power to solve their needs. Buddhists believe Gautama Buddha placed his hands on the King Cobra after it sheltered him during a heavy down pour causing the marks behind the cobra’s neck. None of them saw Buddha placing his hands on the serpent, but they will defend this assertion to the grave. Is Christianity dissimilar to this trait of believing without seeing? Did Christians witness the serpent telling Eve to disobey Jehovah? All real christians believe stories that are not intelligible by physical human standards as long as it is found in the pages of the Bible. Christians leaders always tell their congregation to have faith. The question is, how different is the christian faith to other religious bodies? A relationship can be drawn between Christianity and other religions as long as the idea of faith is perpetrated by both parties. 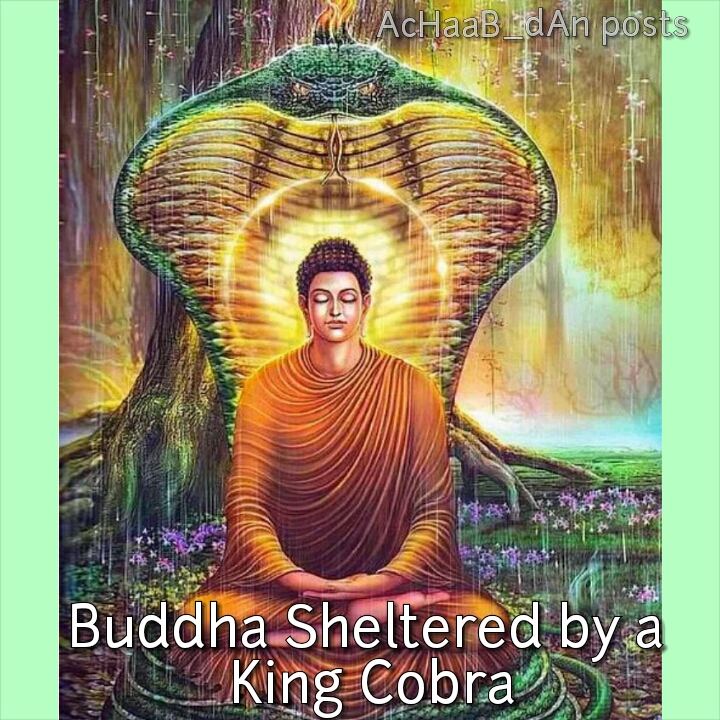 Explanations To Natural Phenomena and Events
Explanations to certain complications about the earth has created a boundary between religion and science. How the world came into existence, what happens after death, what caused extinction and why humans look as they look have been questions that many have been seeking answers to. As science believes the earth came into existence due to the Big Bang, religion believes the earth was initially without form and void. Then a Supernatural power or force popularly known as God came into the picture with his powerful words and then created the entire universe with everything in it. Evolution, an ideology located in science believes man was not just created man, as religion asserts. Evolution rather believes man is a product of a very slow pace of changes that took place between billions of years transforming us from the basic nature of the Amoeba, to the similarity of Chimps and then finally the complicated what we look like. Taking what happens after man dies, the religious answer runs through all religions apart from one. Islam knows there is a special place other than the world that will stand as a reward or punishment to those who obeyed or disobeyed the Koran. These places are known as Jannah (Heaven) and Jahannam (Hell). If there is any different point of view as long as heaven and hell is concerned in religion, it will not be Christianity but Buddhism. As all religions including christianity believe these places are eternal places of either a reward or punishment with respect to one’s life on earth, Buddhists believe these places are not eternal. They believe that it is absolutely unreasonable to punish a man forever for sins that were committed temporarily. They believe the doors of patala (hell) are not locked and a victim can work his or her way out by making use of merits they acquired in their previous life (via Reincarnation) Buddhism’s understands that heaven and hell can also be found on earth itself. Hell is seen by their sight as painful sensations and that is why hell can be experienced on earth. Buddhist teachings further believes the fire of hell found on earth is hotter than that beyond the world because it is made up of 11 forms of pain which are lust, hatred, illusion, sickness, decay, death, worry, lamentation, pain(physical and mental) melancholy and grief. Heaven on the other hand, they believe is also a temporal place of longevity. Sometimes religion explains occurences on earth as the reaction of the deity to certain actions perpetrated. Many pastors attributed Ghana’s recent economic challenges to God saying that He was angry with the country and prayers was the only way out.

Moral Codes, Ethics & Rituals
Unfortunately, christians who champion the ideology that christianity is not a religion, support their assertion by saying it has no laid down procedure or ritual like that of other religions. We must be able to tell what a ritual is before we can proceed. A ritual is simply a religious custom. A custom is also the frequent repetition of an action or behavior. This simply means there should be actions in recurrence for us to have a ritual. God adores followers who are reliable at following His Word. There are some actions in the Bible that are supposed to be in repetition. One will only not practice these deeds if he is not a true christian. These actions are found in the 10 commandmemts in the 20th chapter of the book of Exodus. 1 Thessalonians 5:17 tells christians to pray without ceasing. Other religions have rules they must follow in succession. Ablution, meditation, Zakat and Salat are other religious rituals that can be followed. Not forgetting that christianity has its moral conducts to be followed just as other religions will portray. With respect to this, christianity and other religions can be kept under 1 umbrella.

Symbols
A symbol represents an idea of a group of people. The majority of Christians adore the holy Cross (†) because it reminds them of the agony their savior Jesus Christ had to go through just for their deliverance from original sin committed by their premier parents, Adam and Eve. A Catholic without a Rosary is like a nation without a budget. Other christians go further to use stickers, necklaces and bracelets with something related to their place of worship just to ensure identification. The Bahá’í Faith, Hinduism, Islam, Sikhism and Buddhism are all religions that make use of prayer beads.

Benefits By Legislation
Government does not fund religious bodies but there are definitely benefits these bodies enjoy by virtue of them been considered as charitable institutions just as non governmental organizations (NGOs) . The benefits comes in a form of specific tax exemptions as long as the religious body has registered with the Office of the Registrar General to ensure that te state recognizes the instution as part of the state. By law, numerous religious bodies from mosques to even local shrines have registered. I needn’t tell you that Christian churches have the highest number as long as registration is concerned. The point is, if you do not consider yourself religion, why do you make yourself available when religious bodies are enshrined with constitutional benefits.

Conclusion
Every religion is distinct in nature when there is a comparison with other religions but that does not suggest that it can not be placed under a categorization or classification to make identification easier. Christianity is and has always been religion. That is the reality. Accepting that will make things better.

One thought on “Christianity Is Religion. You Needn’t Escape”