People have always been like Michael Jackson is BLACK, why are all 3 children WHITE? 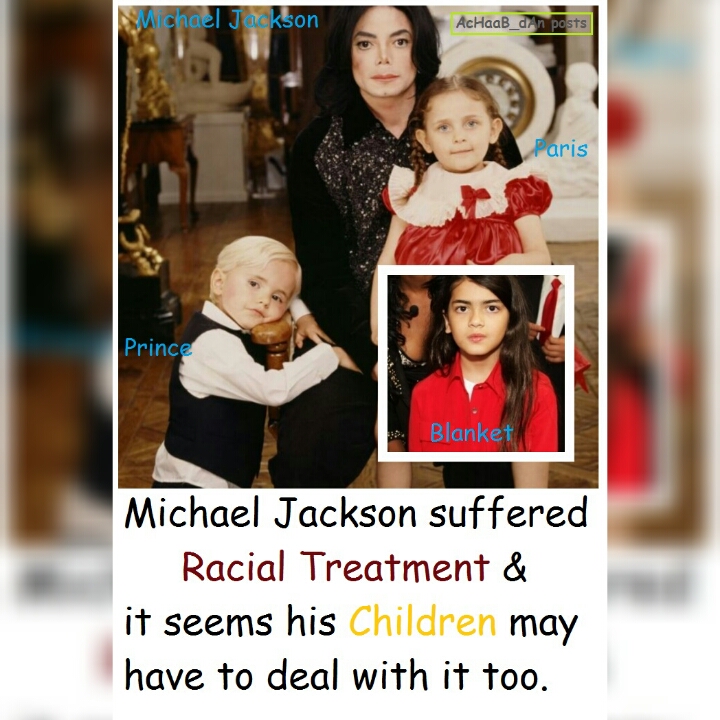 This wouldn’t have been an issue to speak on but just on the mere fact that MJ will have to suffer racial treatment even after his death pisses me off. Now, this is all about genetics. The heritability between Michael and his children should rather have been an issue of controversy, if Whitney Houston were to be the biological mother of all 3 children. But that is not the case. All surrogates and wife (Debbie Rowe) who conceived for MJ were white. Someone might say, “why didn’t MJ select a black woman for surrogate purposes?” But that should rather not be a problem for anyone who truly stands against racism because interracial unions break boundaries that racism continues to build. Human height and skin color are not discrete traits but continuous ones according to genetics. Before proceeding, we will have to clear the probably-not-necessary air on what genetics is. Genetics is simply the branch of biology that deals with the transmission and variation of inherited characteristics of an organism, in particular chromosomes and DNA.

I had some discussions with friends Elikplim Reginald, Eugene Asem on the issue via Facebook. They are reason for this post. I will have to commend them on that because there are still many people with the same question on family skin relationships. Especially the relationship of skin colour between Michael Jackson and his children, Paris, Prince and Blanket . I gave an example of an interracial marriage between rapper, Kanye West and attention seeking public figure, Kim Kardashian producing a child in the direction of the pole. There was no doubt North West took 99.9% of her mum’s outlook. I don’t even know where to place that 1% for Kanye but it has to be there for the sake of genetics and possibility that Kanye remains dad. 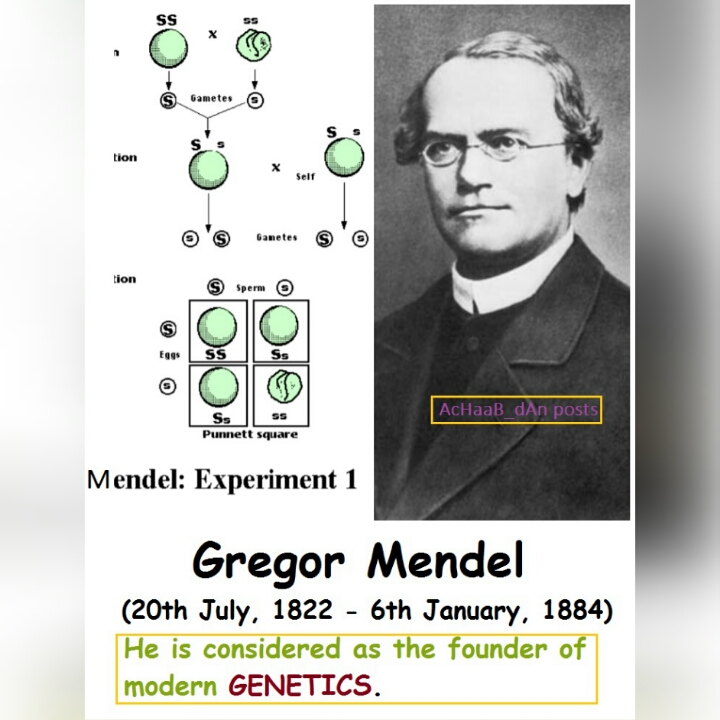 The issue now is simple genetics, sometimes the external outlook of the child is biased, it takes more of one parent’s feature than the other. This is locally known in Africa. Before mid-19th century at a time the people knew nothing about Gregor Johann Mendel‘s work on trait inheritance, primitive ghanaians within Ghana without books and technology knew about this fact. They knew that a child might also take out traits from members of the external family. My younger brother does not look like my dad or mum but does that guarantee they had nothing to do with creating his zygote? That is an answer for my audience. I doubt things be so, unless Austin was exchanged with another baby in the hospital after his birth. He looks like his uncle and aunt, not any of my parents. That is the simple work of my family’s genetic make-up.

Genetics is not restricted to the nuclear but stretches its tentacles like an Octopus to the extended family. We should know all of Michael’s family before passing a racial judgement? We are talking about genes and not what our eyes can or cannot see. Check out La Toya Jackson, elder sister of Michael Jackson. Her skin was pale right from the onset till now, even before 1987 when Michael totally became white on his second best-selling album of all time, BAD. Genetics is simply so complicated that it may defy the analysis of what our eyes may have seen. 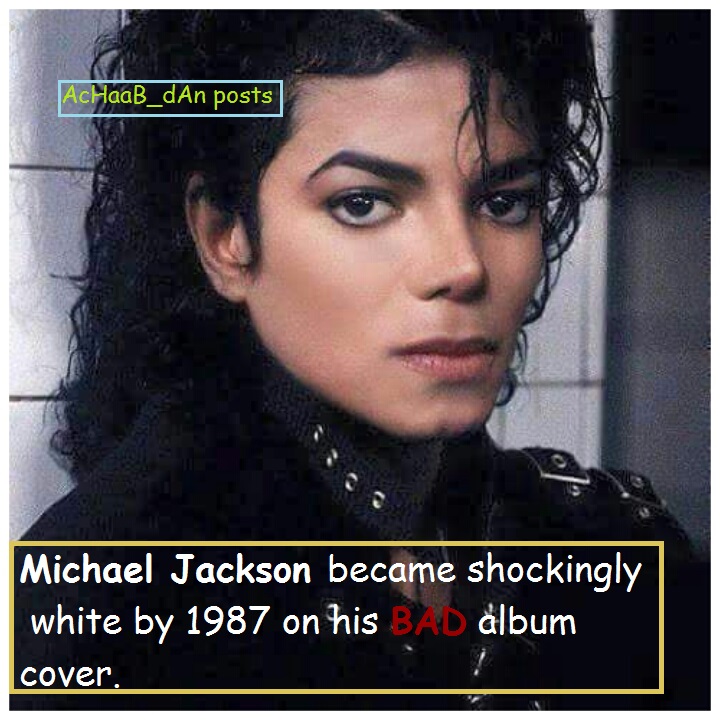 BLENDING INHERITANCE
One may say, “Okay, we get it. Genetics or genes are responsible. What of the assertion of children inheriting a smooth blend of traits from their parents?” Now, that happens and it is undoubtedly possible but its not a fixed phenomenon in our cosmos (a world of a continuous variety in the nature and nurture of the child and his or her surroundings). Measuring heritabilty is relative when the environment considered begins to vary. For instance, human height has a heritability of 62% in Nigeria because of health and nutritional issues but has a heritability of 89% in the United States of America. Michael Jackson grew up in Gary, Indiana(not too comforting as compared to Neverland, where his children grew). Traits are produced by combinations of distinct genes rather than a continuous blend. In fact, Gregor Mendel disputed the theory of blending inheritance over 2 centuries ago. He did that by an experiment of hybridization which showed results that defied the idea of blending inheritance. This was the result, traits were definitely not blended after hybridization. 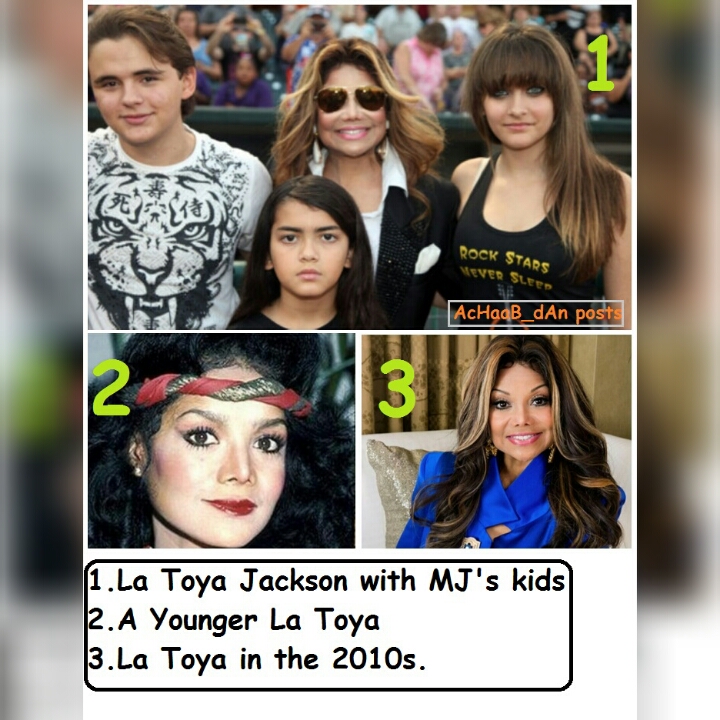 All I want to say is that at least, Michael Jackson is DEAD and should be given a BREAK!!! There is no scientific prove to question the skin colour of his children as long as genetics is concerned. In fact, science has proven the existence of Vitiligo. It is there. Autopsy on Michael proved he had the skin pigmentation disorder. But some way some how, sections of humanity tag Michael as a Negro who was ashamed of his roots despite songs ignoring colour. Songs like We Are The World (before his skin transformation) and They Don’t Care About Us, Black or White (after skin transformation). Just give the King of Pop a break! He is already out of the world. Do not perpetrate any act to cause his children to suffer from something they had no hand in.

3 thoughts on “Arguments On Michael Jackson & His Children’s Skin Must Stop!”