My favorite Beatle is John Lennon because he was bad. This may sound uneducative but it definitely is. He was against the golden rule and set standards for himself. By golden rule, I mean the automatic acceptance of the American Dream without questioning or understanding what it actually entails. Someone considered bad in a society engulfed with realistic bad people might be good. A sane man in a mental facility might be considered insane by insane patients not because he is actually insane but rather because he happens to be on the odd line. As a child, Lennon was considered stubborn to the extent at which Paul McCartney‘s dad didn’t want him close to his son. 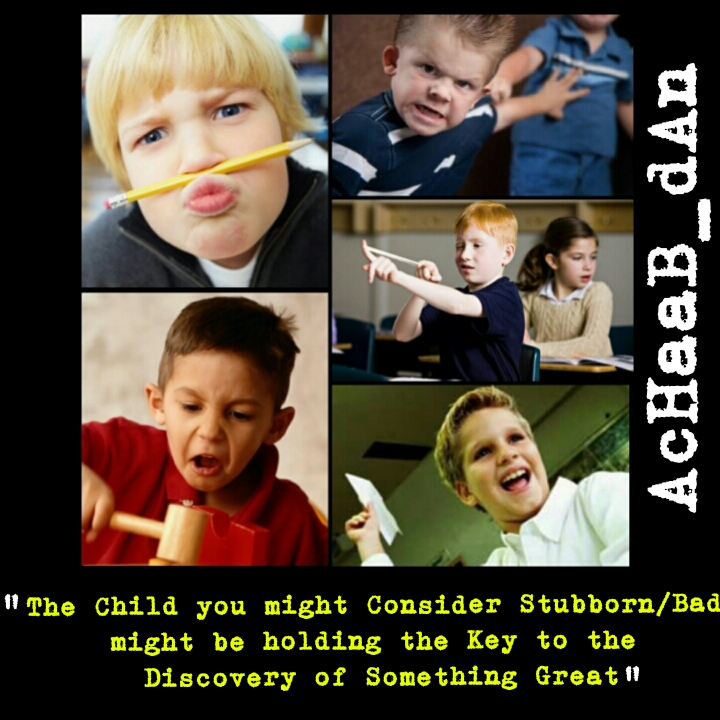 “I was the one who all the other boys’ parents—including Paul’s father—would say, ‘Keep away from him’… The parents instinctively recognised I was a troublemaker, meaning I did not conform and I would influence their children, which I did. I did my best to disrupt every friend’s home.” – John Lennon

He imagined the world in bliss and religion  was out of it. As this may hurt many conservatives in a conservative continent with Africa as the best example, facts are not mutated by sentiments or reactions. They remain same. Religion has been the terrorist. The pains of the Holocaust, Crusades, along with many other conflicts can be traced to religious or cultural disagreements.

Religion might have had an initial plan for good but man has done otherwise. Just as John created his own rule, men in religion have than same to suit their wants and extravagances. A recent case that debunks the argument that religion must be accepted as good all because people behind it act with good intention has to do with Nazir Nortei Alema(graduate of the Kwame Nkrumah University of Science and Technology accused of allegedly joining ISIS).

Before you think of judging Nazir, don’t forget to know he doesn’t see from your perspective. He sees the sacrifice of his life as medium to attain something greater. Something better like 72 virgins in a perfect state of eternal bliss or any other thing that strongly convinced him to risk his known life on earth for. That’s religion and it’s promises. In a letter to his family, Nazir proves he sees no wrong in making such a decision. He wrote,

“I told you a lie to please my Allah. The deception was to go do some research work in far away Prestea while the main idea was to move far away from you all to the Islamic State (IS). I know it might sound kind of crazy for you but your son really had to take this bold step to get out of the corrupt system of Ghana which has democracy first on its list.”

Nazir added, “Pray for me, for I will never forget you in my prayer and it’s my hope and prayer that we meet again if not in this world then in Jannah (paradise). I love you all. May,Allah grant us understanding and guide us all to the straight path. Asalaamu alaikum.”

Now, Christians and all other religions have no right to complain because Nazir is also motivated by his own based faith whether or not his actions are harmful to the world. That simply means doing something in a perfected intrinsic conviction of a good intention cannot justify the supposed unending strength of religion as far as the goods are concerned. 9-11 in the eyes of its victims may be an act of terror, but on the other side of the perpetrators might be a religious ritual to enhance one’s chances of drinking the elixir of eternal life and bliss. I couldn’t agree with Carlespie Mary Alice McKinney more when she said Religion does three  things quite effectively: Divides people, Controls people, Deludes people.

John’s childhood was just as mine, geography was the only difference. An inquisitive and explorative child is considered a disrespectful deviant in most African settings. The problem with conforming to standards in my view is that, there is no form of change in society since the normal way always produces the same normal results which happens to make us stagnant. Stagnant in our ignorance. 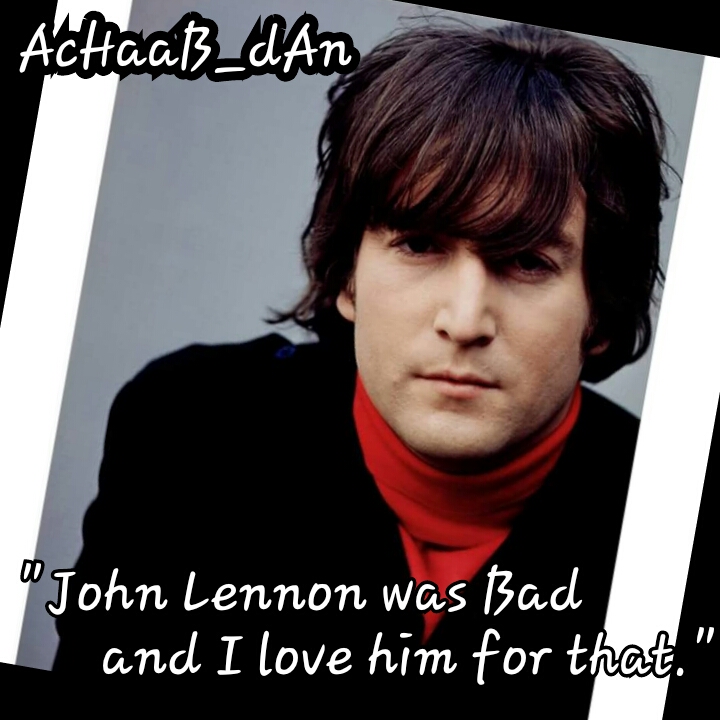 I was considered bad, I mean BAD like Michael Jackson‘s 1987 album. People only saw the rewards of my disorderly nature  when I grew. They often look at me now and go like, “C’mon, now that can’t be Abalansa.” They are simply shocked forgetting that it was my ability to swim against their tide that made me the person they admire. Humans can’t be robots? We must aim at giving reasons to orders rather than just giving orders that when disobeyed might lead to a punishment. In a child’s mind, talking in class might only be wrong because he/she will face a punishment. So, when punishment gets out of the picture, the thing considered wrong by the teacher becomes right. Talking in itself cannot be bad always even with a teacher present.

There are numerous ways by which talking can make things better. All a child needs is a friend, a steward, a guide into how best that child can utilize talking for a great journalistic, public speaking or legal advocacy way. Out there are many children whose talents in Visual Arts, Vocational skills (Carpentery, Masonry, Sculpture, painting etc) and most especially Journalism are shuttered only on a daily basis. This problem can be attributed to those close to these children. Most parents were socialized in an indoctrinated setting of inefficiency to overlook the gem created within a child’s heart and curiosity.

Rayan opened up your television’s remote controller, he is about 13 years and just deliberately disintegrated the appliance. Its very true, the remote might be destroyed and for that, he should receive a punishment by rebuke or the rod which is clearly emphasized by the Bible (that’s if he is found in a typical no-nonsense African setting). But what happens to the other side of the story? Why did he just open it? At the age of 13 he shouldn’t find it toilsome to know it’s considered wrong to open the appliance. But he does that anyway. Now, unless Rayan mistakenly dismantled the remote, couldn’t it be he wanted to know what was inside pulling the strings of magic for controlling a television far from his location? It could be so, or maybe not. But punishment guarantees nothing from the child’s actions because Rayan knew it was wrong, and wrong when found comes with punishment, but still did it. So maybe, we have to change our reaction towards children who exhibit Rayan’s nature. Maybe taking the child into electrical training of jigsaw fixing after a consistent analysis into what the child really wants might be better. 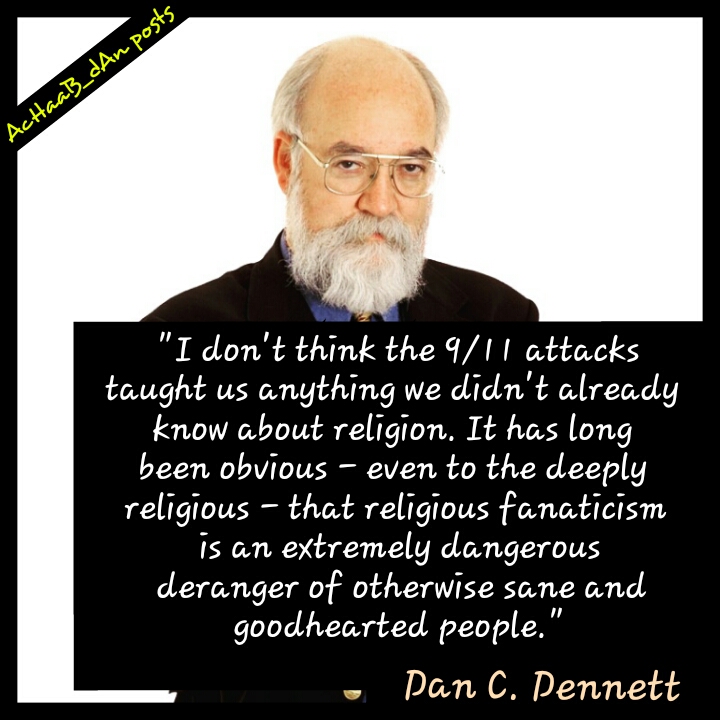 Most parents are quick to push their children into a profession disregarding the professionally equipped genetic make-up of their child. A man who probably failed in becoming an Architect is more likely to force his son or daughter into the same field. My mum, who is a nurse wanted me to be a doctor. Its your child alright but they’ll one day end up as adults like you. You should be a steward and a friend, not a dictate. Guide them, help them walk through, don’t think for them. And just as Richard Dawkins said, teach your children how to disagree with you. How To Think and not What To Think.

I am motivated though, by the nature of the zeitgeist. The more we moved into the wonders and mysteries of time (backed by our gross ignorance), the more we realized how barbaric we were initially. So that time will come. I’m sure some parents have started noticing the potentials inculcated within their children and are working towards gradually grooming that skill into something beneficial to probably the entire populace of the universe. I’m certain some parents have done the right thing by understanding their children for what they are and not in the image of themselves (parents)

A child, no matter how (bad/good) you describe him/her, has something unique to offer. Its just some love, empathy and understanding. The next genius is born only if that happens.