Observation of Reality as a Learning Process

Is there a reality outside us? When you run into a tree and feel the pain, you believe there is a real object in your way. If you imagine the tree you also imagine the pain and you are aware you did not want to imagine that. Moreover, you can see others hit the same tree and hear them express same pain, so it is plausible to assume there is a reality outside yourself. We have several senses that allow us to sense certain aspects of the reality; vision, hearing, taste, smell and touch. But the sensing is like a thermometer sensing temperature without interpretation. To analyse the sensed information, we need to compare different sensations. This necessititates a memory and cognitive process to relate new sensations to information already present as knowledge in the memory.

When discovering an object in reality, we awarely begin an observation process, planning different contacts with the object. If possible, we handle it and look at it from all sides, putting together an image, for example; a three dimensional image of the object. We search the memory for similar sensations of other objects and define abstract properties we associate to the object [e.g. colour, taste, shape, dimension, size and et cetera]. Note that properties are abstract constructions, they exist only in our mind, and we are not sure they essentially belong to the object. However, there are properties corresponding to some reality behind the observation, for example, the property [colour] is related to the reflection of light of a certain wave-length as we will learn much later. Another one based on some other input from reality is symmetry. Some examples of properties not based on real phenomena are good, bad, true, etc. 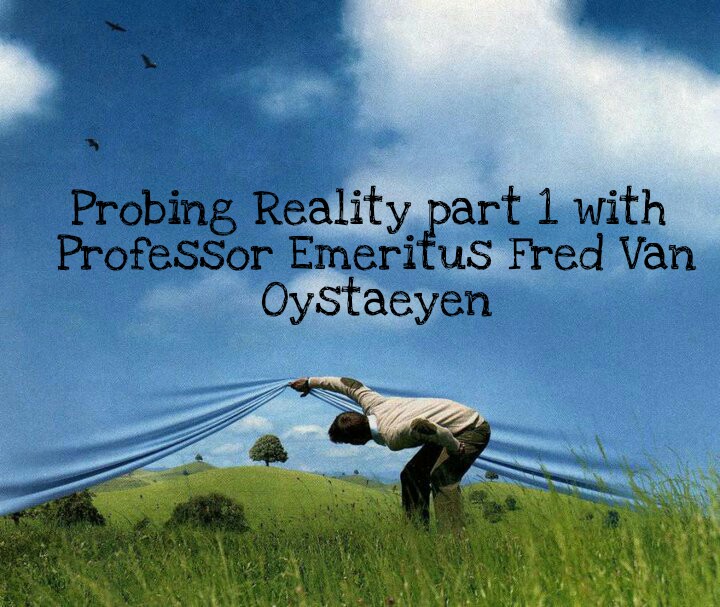 Now we build layer by layer our abstract version of the object. Thus, taking an abstract onion. At some moment, one accepts the abstract onion as a good representation of the object and even identifies the object and “image” as the same thing [that is wrong but an acceptable approximation, it seems]. However, there is no rational measurement for the quality of the approximation and often, by trial and error, one restarts the building of the abstract onion to get a better approximation to reality. When the description gets more complex, the properties are defined in new “sub objects” either discovered on the object or defined purely abstractly (e.g. in a mathematical description), those sub-objects, properties, in different layers are the ingredients of the learning process about the object.

Further analysis of the ingredients by so-called aspects, items, measurements and new observations [for example via other senses], describe each ingredient by a set of aspects. It can be that the set contains only one aspect, the ingredient itself, but normally there are several but finitely many aspects of an ingredient. The learning process on the level of ingredients uses relations between the ingredients. An example is a causal relation, but also other relations of arbitrary type. Then the analysis of the so-called micro-structure of the learning process consists studying the deformed relations between aspects of related ingredients. The deformation of the causal relation on the aspect level is called the micro-causality, but note it may be a non-partial ordering relation. That is, in particular the micro-causality need not be transitive (hence if a implies b and b implies c then a need not imply c).

Moreover, in the micro-relation there may be relations that are in the other direction compared to the relation on the underlying relation on ingredients, these are exactly marking the place where fantasy and creativity is used in the learning process. Indeed, for example aspects related in an anti-causal way have to arise from the fantasy used in the choice of the aspect description of the ingredients in the process. If one applies these ideas to learning processes in studying, one does obtain some interesting conclusions about understanding and insight via learning in a creative way. Refer to papers by Ma Min , Fred Van Oystaeyen, Journal of Mathematical Sciences: Advances and Applications Volume 34, 2015, Pages 11-36 available at Scientific Advances.

We can now also view the reality as a deformation of the observed reality, where in the observed reality we have ingredients being the observed interactions between observed objects and phenomena, and as aspects of unknown real aspects of the observed thing with the unknown deformed relation of causality  which we call in this situation the “organic causality”. We may propose a deformed relation by viewing all links to all phenomena in reality lying over the observed causal relation between underlying ingredients and all phenomena in reality lying over the observed ingredient. All overlying links and objects are thus viewed as aspects of the ingredients and their relations, this is assumed to be a finite number ‘as the universe is usually assumed to be finite. That yields a possible explanation for the organic causality although it is clear that this relation can never be described from knowing only the observed objects and relations. Later we will see that this is exactly compatible with defining anon-commutative geometry on reality having as a commutative shadow the usual space-time manifold.